I met Jamie* one afternoon in the lobby of the YWCA. She was waiting with her mom and younger sister to talk with a women’s advocate in our walk-in counseling room. I immediately noticed her big personality while I was making copies nearby. We had a few spots open for the following week’s GUTS! bike camp, and I thought Jamie looked like she was nine or 10 years old. (Having worked with girls for the past five years, I’ve gotten really good at guessing ages.)

In the summertime, GUTS! leads overnight outdoor trips for girls ages 11 and up and a day camp for girls ages 9 to 11. This year was our first-ever bike day camp. We partnered with eight community organizations and incorporated service projects and fun adventures. The best part? The girls biked everywhere ALL week! 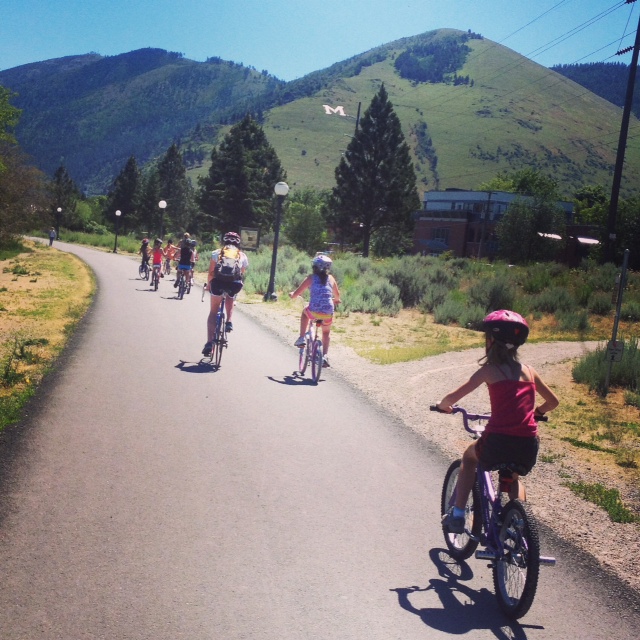 I approached Jamie and her mom that day in the office with information about GUTS!, and they were immediately interested, especially after I explained that we have scholarships available. While her mom and little sister spoke with an advocate, I sat down with Jamie to interview her for camp. I learned that Jamie had just learned how to ride her bike.

“What are some of the strengths you will bring to camp?” I asked her.

“I have [Justin] Bieber Fever,” she responded in a shy but excited tone.

The following Monday morning, Jamie showed up at Free Cycles with the other nine girls. She brought her small BMX bike, a softball helmet and her Justin Bieber backpack. After tuning up our bikes and fitting helmets, we were off to our next adventure – a bike rodeo led by City of Missoula bike ambassadors. Jamie pulled me aside and told me that she didn’t want to ride her bike. 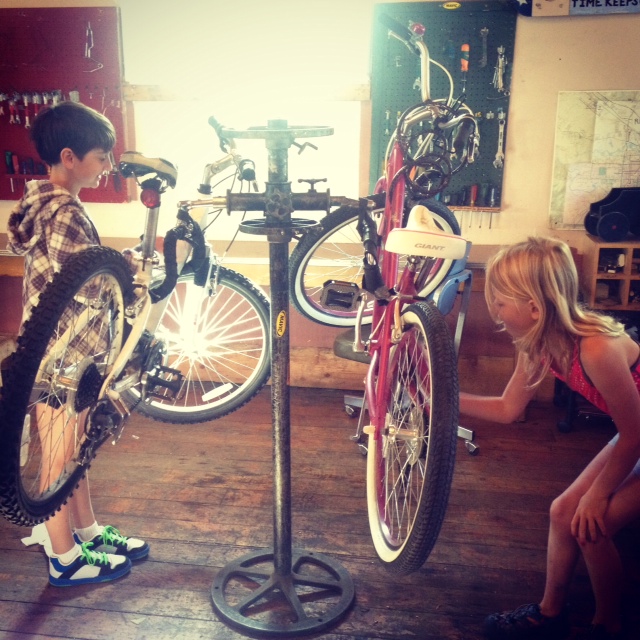 “I’m not good enough yet to ride with the group,” she said. “I think I should just walk.”

I quickly paired Jamie up with one of our amazing women leaders who ensured her safe arrival to McCormick Park at Jamie’s pace. The first two days Jamie biked a few stretches but mostly walked with one of our leaders behind the rest of the group. Leaders Lily and Kaya took turns coaching Jamie, providing encouragement, and even offering a positive affirmation for her to repeat to herself.

GUTS! leaders intentionally scheduled the first two days to be short-distance biking for this very reason. The leader team discussed our options if Jamie continued to have to walk each day. We ultimately knew that Jamie could do this; it was just a matter of her knowing that she could do it. Each time she rolled into our next destination, the group cheered her on with applause and high fives!

Much to our surprise, by day three Jamie was hesitant but willing to try riding with the group. With the encouragement from other girls and GUTS! leaders, she made it through the day without walking at all. By the end of that day she was proudly sharing her success:

Each day continued as such and by the end of the week, Jamie was confidently riding alongside the rest of the group with the biggest smile on her face. In just one week, Jamie transformed before our eyes! This transformation was more psychological than anything else. Thanks to our supportive staff and the positive reinforcement of her peers, Jamie’s belief in herself and her body enabled her to do what she wanted to do: bike.

At GUTS!, we truly believe that investing in girls like Jamie will give them the confidence they need to change our world.

Check out these photos of our first-ever GUTS! bike camp!